Inevitably there is overlap of routes as we add more to this series, but at the risk of duplication we repeat directions to avoid the need for cross-referencing. While there is 500 feet of climbing on this route, the gradients are really pretty tame. 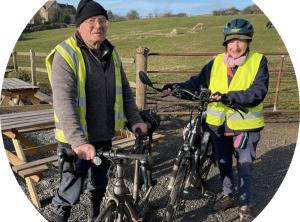 Head east on the B4039 then in a little over a mile turn left opposite the Coachstyle depot. Pass under the M4 then at the top of a rise turn right just before entering Littleton Drew village into an unsigned lane.

Follow this lane to its end and turn left at the T. In 1.5 miles enter Grittleton village. Note the stone milestone set into a wall before reaching the church, marked with distances to (Christian) Malford, Pucklechurch and Bristol – this was once a major route. Continue through the village, pass through the hamlet of Clapcote then at the bottom of an enjoyable downhill stretch turn left at a minor cross-roads. (You could continue to Hullavington on the principal road but, frankly, it’s rather a dull stretch of road).

Follow this quiet lane then take the only turn to the right (those who like to explore alternatives with their own maps might note a bridle path off the lane we are leaving, opposite a farm. This rejoins today’s route but be warned, if wet, part turns into gelatinous mud!)

Follow this lane until it curves round to rejoin the main road in Hullavington.  Turn left at this T, pass the pub on the left, a possible refreshment stop when it re-opens, continue past the church then after the road curves to the left turn into Hill Hayes Lane.

If you wonder about the “hill” part you find out in due course, with a fairly steep though short climb. Presently the lane runs beside the railway then turns sharply right to cross the line over a bridge. A fine downhill follows then a gradual ascent to a T, where the route turns left. Soon after, turn right at another T (the bridle path previously mentioned comes in here). After half a mile the lane reaches the Fosse Way. Turn left here to join this famous Roman road.

Roman roads were famously straight, although here modern alignments deviate somewhat from the original, but the downside is they make rather dull cycling as they lack the changing views offered by winding lanes. Still, spare a thought for the hapless legionnaires marching along it in bad weather, doubtless missing their warmer homeland.

Half a mile after crossing the railway again, turn right, signed Luckington and Alderton. Turn left at the sign marking Alderton village and pass the outskirts of the village with the duckpond on the right. It’s always worth a look to see the exotic species. There’s a box on the other side if you feel inclined to help the villagers with its upkeep – 5 years ago 50,000 gallons of silt had to be removed!

Just past the pond turn left at the cross-roads. The lane soon becomes an exhilarating downhill run. At the bottom the railway is met for the third and last time, but wait, on a circular route surely it must be crossed an even number of times? The answer is an unseen tunnel under the lane before Alderton. Be ready for a rough patch of surface and often standing water under the bridge.

The lane ends in a dip then rises to a T, where a right turn is taken.

This lane runs more or less level to Acton Turville.  (At a small grass triangle on a right bend you may see a by-way sign pointing up a farm road. This does offer an off-road option to Burton, but after the farm it becomes grass and can be soft and muddy. Another paved section takes the track over the M4 but the last part is stony and bikes need to be walked. The better track on the left after the bridge is privately owned and naturally we cannot condone using it!).

Enter Acton Turville beside the school. The village has a shop and in normal times the Fox & Hounds pub. Turn left at the B4039, pass over the M4 then end with a fine downhill run into Burton, but don’t exceed the 30 limit!

If you liked this, see more like it here.

This article by Ian Wilson originally appeared in The Bugle. 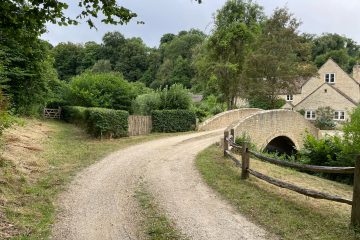 Walk: Two Mills and a Longbarrow 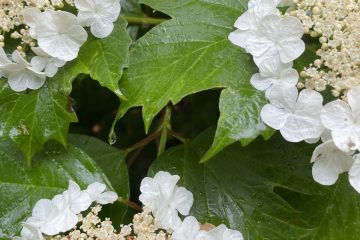 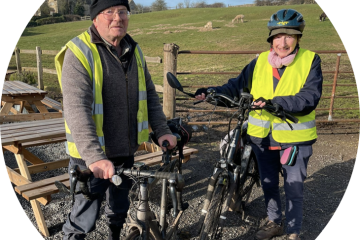